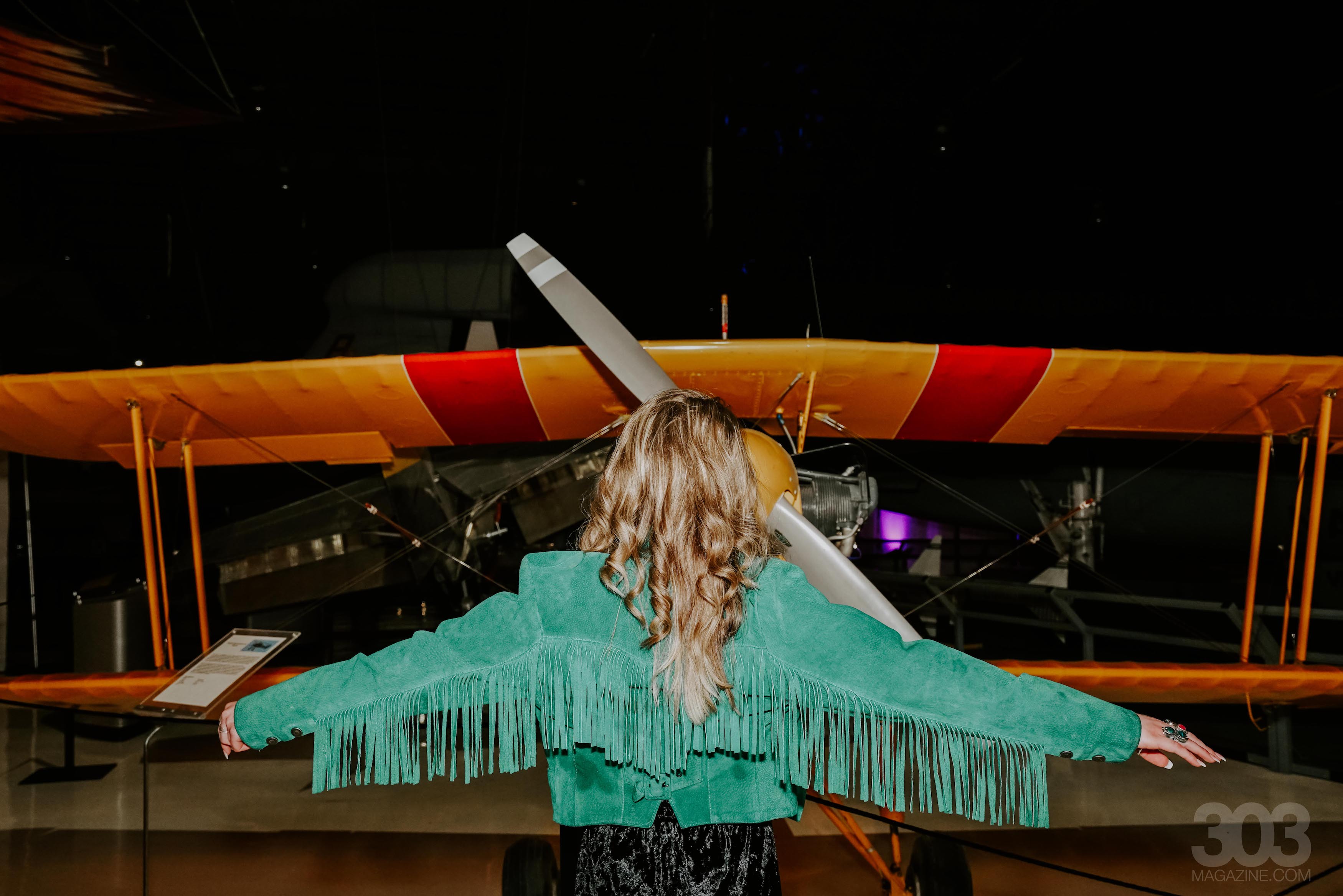 [Note: This article is written by both Joce Black and Ernesto Prada.]

Offering the city a week full of workshops, socials, industry meetups and innovative designs, Denver Fashion Week (DFW) was a resounding success. With all of the new developments, one thing stayed constant — attendees turned up as the most stylish versions of themselves, delighting us just as much as anyone. We compiled the following list of the best street style, so you can get a taste of what you missed.

FULL RECAP: What You Missed From The Inaugural Denver Fashion Week Spring 2018

Anthony Rentie wearing vintage blue jeans from the Goodwill and a silk GAP Bomber jacket. “I like mixing old and new and creating my own style.”

Wearing Jackson, Josiah G was inspired by elegance when choosing his outfit.

Darren James Kawayt rocked a custom bow tie by Josiah G. “Today’s look was inspired by breaking the viewpoint of how men’s fashion needs to be.”

Shaina Gimbal donned an original design she created under her brand Dark Moth Industry. She was inspired by future industrialism. “My thing is gender-free and size free.”

Alice Glamour killed it in a Twisted Wardrobe top paired with a gold shaped pendant necklace.

Kairie Gardner wore a Calvin Klein vest as a dress, making for a clean and classic look.

Celin Childs wanted to wear something modest yet fashionable.

“I’m trying to infuse the African roots with a modern twist.” -Briana Exum

Sydney Scarola wore a tulle dress made by her friend and designer, Maxwell Bresler.

Hunter Ogel wore some of his favorite brands – Pendleton, Kenneth Cole and Calvin Klein. “My outfit tonight was inspired by water, fluidity, happiness and blue.”

Stephen Garcia wanted to be ultra feminine, proving that men who have masculine features can be feminine. He wore all women’s clothing that included paper bag trousers in his favorite color and a transparent raincoat.

Tine Lavigne wore Balmain boots and Topshop Jacket. “I love mixing things up and wanted to be super bright.”

Thea Hayere brought Paris to Denver with her entire outfit. “I’ve been into a lot of sparkles and bright colors because it’s spring and we all want to wear color now.”

Designer, Tara Trask, wore a fringed skirt that is one of her original designs. “I’m inspired by Ralph Lauren, fringe and leather. I’m just a cowgirl from South Dakota.”

Kamira Leuellyn looked sleek in a full-length Burberry coat. “I wanted to be branded because I work for Burberry. I want to represent the company while incorporating my own style, which is a combination of simple and edgy.”

Melissa Taylor was inspired by the blogs she was reading about street style in New York and Milan. She wore full Eloquii, a brand dedicated for plus size women.

Devon Miner wanted to have her “groundbreaking” floral moment inspired by the quote from The Devil Wears Prada. She wore Gucci, Free People, UO and H&M.

Kiri Morken wore a Nicole Miller dress and a vintage leather jacket. “My shoes inspired my outfit. I saw them and built from the ground up.”

Ahmad Alsallah was inspired by Tom Ford. “I have like six velvet jackets in different colors. Very glamorous.”

Fashion student Maggie Stolley came out to network while wearing her favorite fabric, a stretch velvet jumpsuit with a vintage leather jacket.

Megan Green wore a two-piece set from Hot Miami Style. “I wanted to wear something sophisticated and fierce.”

“I know it’s cold outside still, but I wanted to bring the flowers out.” – Courtney Williams

Linda Snorlna just moved from Dallas and is on the hunt to find what Denver has to offer in the world of fashion. She wore ASOS, a UK-based brand.

Bonnie Freda wore a Carolina Herrera dress coat because she has been inspired by the color red. “I’ve been feeling it lately and I really like saturated colors.”

Local designer, Crystal, of C.R.Lee showed us how she likes to wear black. She was this year’s 303 Magazine Award winner for Best Designer.

George Saint Thomas wore a Lawrence and Larimer t-shirt and his own design, a pair of yellow joggers. His personality inspired the bright colors for his look.

Ashley Iwane finally broke bright color out with tonight’s look. “I’m a hair stylist and I wear black all year, so when I saw this orange I knew I had to wear it.”

Brandi Shigley, the founder of Fashion Denver, wanted to wear a dress for tonight’s show. The dress was an original design by her friend’s grandmother. “I love to wear short, little dresses. It’s comfortable and I can dance.”

“I’m really into green right now and this is subtle to go with Denver’s style.” – Victoria Cardenas

“I wanted to wear color, because I always wear black, so I wanted to go girlie and pretty with these white, mod boots.” – Kali Jones

Alicia Heydari took a creative spin on her outfit, using a Victoria’s Secret sports bra as a top, paired with joggers, Etsy earrings and a Topshop purse.

“This is so last minute, so I put together Target and H&M and made it work.” – Alicia Hall

“This is an upcycled piece that we updated a little bit as part of our new clothing line, T & J Upcycling.” – Jakkie Greer

“This is my favorite gown that I actually purchased overseas, so I thought it would be perfect for a night like tonight.” – Cynthia Berg

Kelly Nixon decided on a fun, adventurous skirt from her own boutique located in Castle Rock.

“I was kind of going with a retro, primary color, show pony on the honor roll kind of thing.” – Nathan Beck

Guests like these gentlemen came all the way from places like Beverly Hills to check out DFW’s first full week of fashion.

Mary Keang and Ty Dorsey decided to go with a combination of elegant and casual fashion for their first DFW show. Keang saved her American Eagle dress for the occasion and Dorsey got his outfit from an online, streetwear marketplace called Grailed.